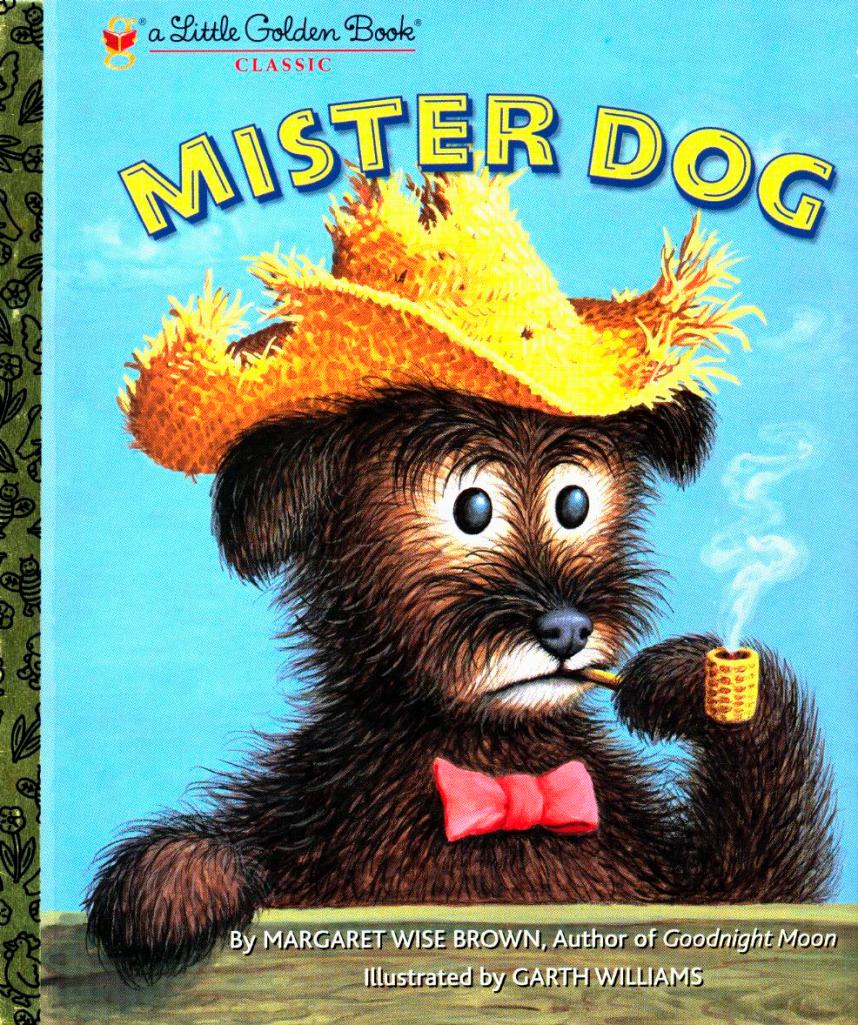 This story shall the good man teach his son;
And Crispin Crispian shall ne’er go by,
From this day to the ending of the world,
But we in it shall be remember’d;
We few, we happy few, we band of brothers;

There are lots of dog books — The Poky Little Puppy, Spot, I Am a Puppy (My name is Bruno),and Martha Speaks but none entertained us quite so much as Mr. Dog: the Dog Who Belonged to Himself by Margaret Wise Brown, illustrations by Garth Williams of the Little House Books and Charlotte’s Web fame..

While she is known for the bedtime classic, Goodnight Moon, Margaret Wise Brown also wrote a number of other well loved stories.  We had a Golden Books omnibus that opened with this story. The other two stories in the collection, The Seven Little Postmen and The Color Kittens, deserve their own post. 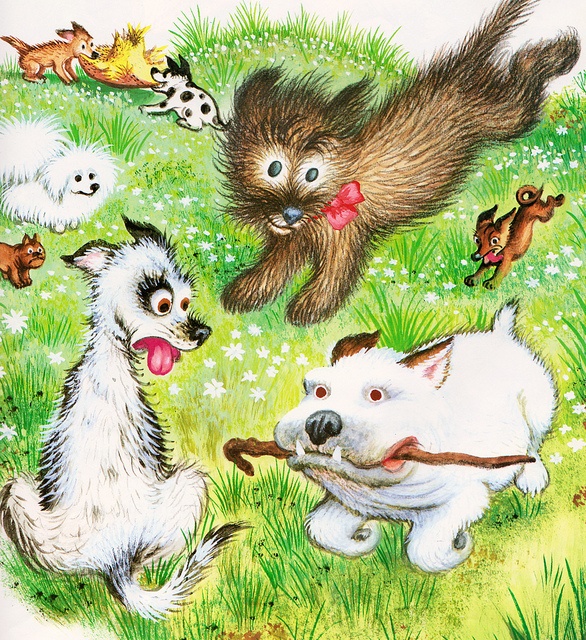 Now lest you think that Crispin’s Crispian is just a crotchety old man who smokes his pipe, scratches his hindquarters, and barks at kids to stay offa his lawn, we learn that he likes to chase squirrels just like the next dog.  But he is looking for a friend. So one day, after chasing the requisite critters, he runs in to a little five-year-old boy:

So off to the grocers and then Crispian’s crooked house where there is a table, a kitchen, a fireplace, and two beds.  Here we learn that Crispian is a conservative.  I LOVE this definition of conservative:

“Crispin’s Crispian was a conservative. He liked everything at the right time —
dinner at dinnertime,
lunch at lunchtime,
breakfast in time for breakfast,
and sunrise at sunrise,
and sunset at sunset.
And at bedtime —
At bedtime, he liked everything in its own place —
the cup in the saucer,
the chair under the table,
the stars in the heaven,
the moon in the sky,
and himself in his own little bed.”

It’s not as creepy as it sounds, and I actually don’t remember how it ends. I do know that the girls wanted me to read often. I enjoyed the friendship, the sharing, the precursor to wanting to keep your room organized not because your mom will yell but because Mr. Dog does.

Mr. Dog: the Dog Who Belonged to Himself by Margaret Wise Brown, Illustrations by Garth Williams