But as it was full of Italian school children who were not really interested in illuminated manuscripts, the line moved at a generally brisk pace.
These illuminated manuscripts predate the first great schism in the church, so they have a mixture of Latin, Celtic, Coptic, and Greek lettering and decoration styles. Very cool. I like that you can see the lines that are drawn to keep the lettering and columns in line, and I think that using the spots where you make a mistake to draw something beautiful is a fantastic idea in general.
The long room of the library is pretty geek-gasm inducing. Entertaining to watch those Italian school kids take pictures of every single bust, whether they know who the guy is or not (and it is aways a guy). Books in the Trinity library are organized by size. Hilarious- imagine looking for a book. 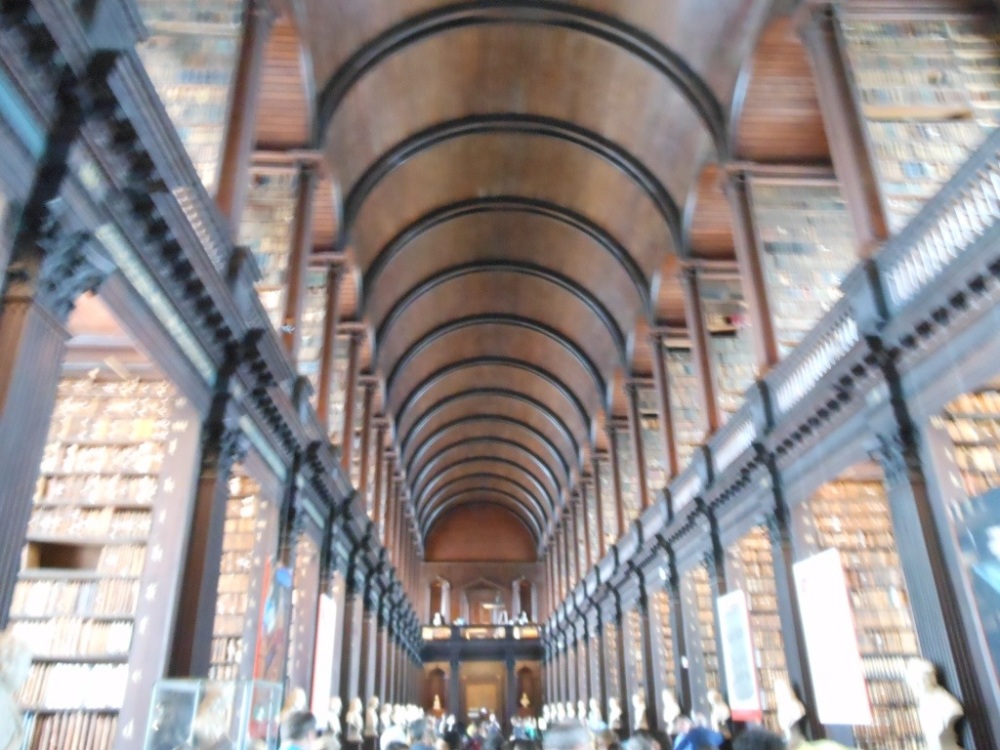 After Trinity, we headed back to collect our bags and our rental car.
Word to the wise- get a diesel. We used just a bit over one tank of gas ( and we would have used two with a regular petrol engine) and diesel is cheaper. It is worth the €5 more a day.
Word to the wise 2- let Sam drive. He was great at shifting with his left hand and not crashing or anything. And let me tell you, the switchbacks on the Dingle peninsula would have been challenging enough with a familiar car.
So off to the motorway with the dubious help of our friend Garmin and a map or two. We made it to Sligo before dark (not hard as there are almost 17 hours of sunlight at that latitude).

Next up- dolmans, cairns, having confidence, and W. B Yeats.