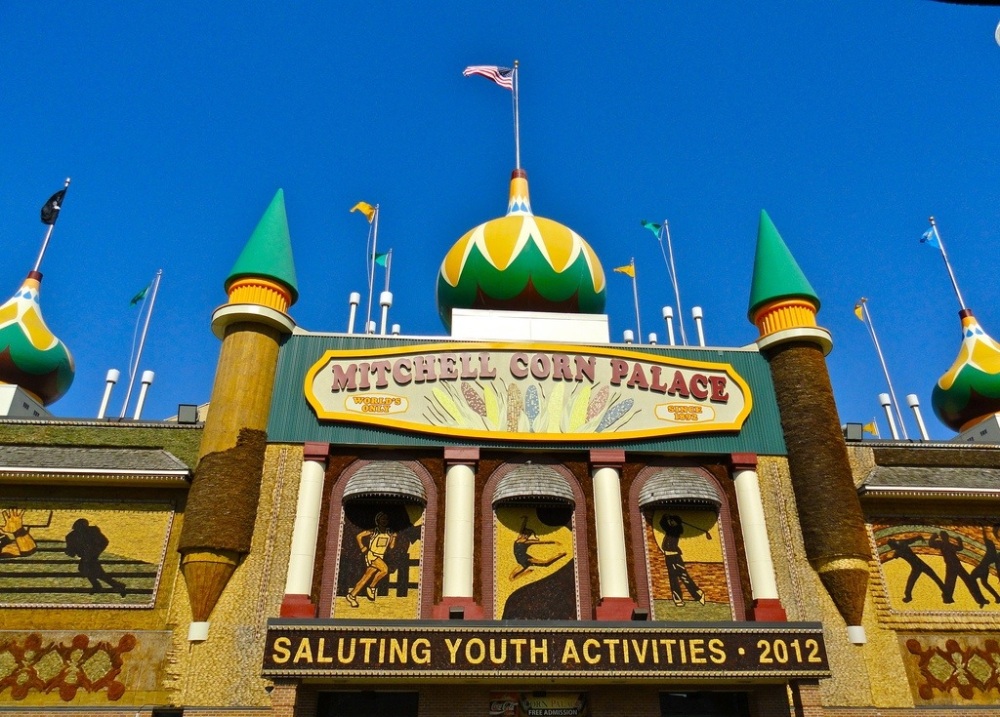 Yesterday we interred Mom’s ashes. It was a lovely service, and it gets it’s own blog post.

But traveling from Brookings to Chamberlain, our destination for the night, allowed some options, all of which took almost exactly the same amount of time. We chose route 2, mostly Blue Highways. This was lovely as it gave me the chance to point out all the small towns that I had either been in or managed to never visit during my many years in South Dakota.

Evocative names: Sinai (pronounced sign-yi) which I swear I’d never been in but my sister reminds me that we performed in the summer of 1973; Oldham, a place where we went to a dance with Grandma Dougherty; Ramona (never visited); and Epiphany (I wanted to go to Epiphany for the Obvious Reason). And the drive through towns – Howard, Roswell (pop. 21), and Fedora (less fedora, more ball cap).

We went to Mitchell, waved at the Corn Palace, and continued on to Chamberlain.

Image of the Corn Palace by jstravelchannel