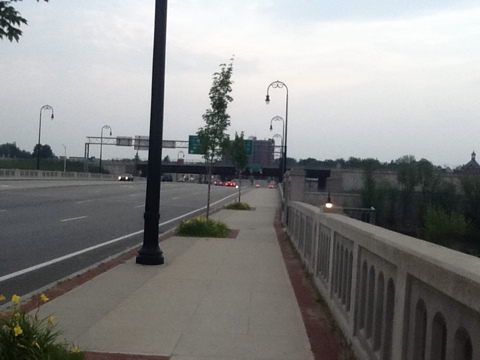 Today I went in search of the Colonel.

Francis Wayland Parker was a New Hampshire boy, and he was also the founder of the school where I teach. I found out after I had been at CMK last year that he was buried here in Manchester. I actually think that his cremains are interred here in Piscataquog Cemetary. I was sure that this would be miles from where the conference is taking place and that I would need to convince someone with a car to join me on an expedition. Google maps, however, let me know that it was a 25 minute walk.

Today is going to be hot, so as I get up at a crazy early hour, I went in search of the Colonel at 5:30 this morning.

The sun was up, but the haze was heavy. It was already hot. I headed out to Granite street to cross the Merrimack river. 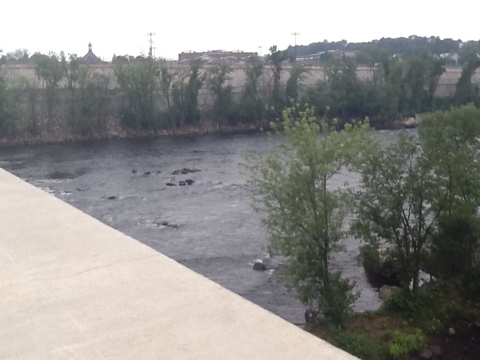 I walked under the highway, past the Elks Club where they are advertising a meat raffle, an idea whose time has come. 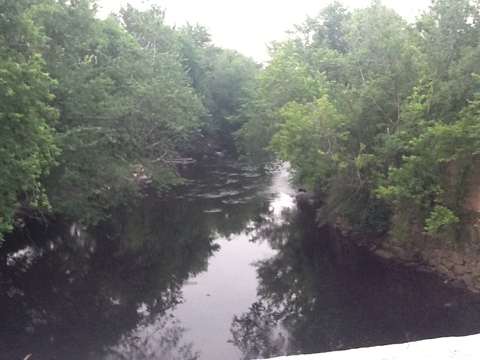 Turned the corner, another view (I think) of the Merrimack and then up a hill. Here I was faced with directional challenges. My memory told me to turn left, and thankfully I had written the directions out and knew to fight that impulse and turn right. Up and around a renovated school, and I could see the cemetery. 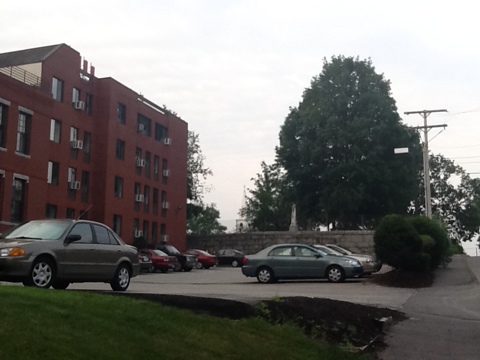 Of course, the gate was on the far side, but it was easy enough to find his grave. All of the graves have a standard monument, except one – the Parkers’.

Frances and Francis Parker share a monument. It is a stone with a bronze plaque.

No indication that there is anything extraordinary about him, but the nearby American flag identifies him as a veteran. Col. Parker was no honorary colonel. He enlisted in the NH regulars as a private during the Civil War, advancing to the rank of colonel and the responsibility of command.

The mosquitos were out in force on this humid morning, so I did not tarry. It was good to have traveled there on foot, as I attend a conference dedicated to constructing our own understanding of things in a spirit if shared inquiry. Francis Parker was a true American scholar: “We will walk with or own feet, we will work with our own hands, we will speak our own minds.” – Ralph Waldo Emerson